The dynamic nature of language. 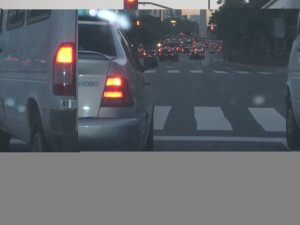 English, our much maligned language, has been criticized for centuries for its irregular grammar and guestimate spelling.

Hundreds of years ago, before literacy was widespread, monks slaved away in candle-lit caverns, writing announcements with up to three variants of a word. Later, when Gutenberg invented the printing press, English was forced to comply -to a degree- to create a standardized alphabet. However, the more we try to pin down our bad boy of the romance languages to make it conform, the more our slippery English changes to reflect cultural dynamics.

To illustrate the way in which words slide across time and space, examine these English words which have taken a radical departure from their original meanings. The word transportation, for example, was used by the Romans. “Trans” means across, and ” portare ” is the root for ” carry”. Tack on the -tion noun suffix and the word means “to carry across.
In Roman times, such diction literally depicted slaves heaving grape-eating noblemen around in an elaborate chariot, but today the word  denotes rapid transit: imagine planes, trains and automobiles- a far cry from its origin.

Another vastly divergent word is “manufacture”. Manu is the Latin root for “hand”, or “by hand” as in a manual car, and “facture” came from the root ” facere “to make. Hence, manufacture meant to make something by hand. Nothing could be further from the truth today as millions of items are churned out by machines and mass produced in factories.

We cannot stop language from evolving. Just as new words are coined, others to do with horses and buggies disappear forever. Many words have fascinating origins- look them up in the dictionary and you may be surprised.