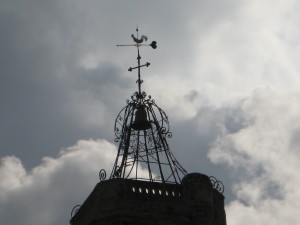 Cockney Rhyming Slang is an ingenius language created in London in the 1700’s of obscure origin. It is believed to have originated in the area near Bow Church, and was used by thieves and criminals to hide their shady dealings.today, it has been adapted by the working class and has three levels of language with new additions arising from popular culture . It’s a brilliant use of association to construct new phrases.
I generally cannot understand the language, or the associations, but a few of my favorites are “He’s brown bread!” for dead, and “Loaf of Bread” for head as in “Use yer loaf!” The language has been called sexist, and it certainly portrays marriage in a negative light as in “Carving Knife” and and “Trouble and Strife” for wife and “Old Pot and Pan” for old man, or husband. Rhyming Slang is another example of the endless creativity of language.