A few years ago, I was in New York, returning from a Yankees vs Mariners baseball game. On the subway, fans were discussing the game. I was listening to one man speak and within 30 seconds, I had ascertained that he was from Seattle.

I said to him, “Oh, you are from Seattle!I’m from Victoria.”

Shocked, he asked, “How do you know?”

“What else can you tell?” he asked.

After he swore that he wouldn’t get mad at me, I stated the following:

You live just outside Seattle, do not have a university degree, may not have completed high school, and you are a republican. You probably served in the army.”

My acquaintance was stupefied. I was correct on all points.

How did I know?

Your speech is more important than your clothing. I repeat: You are your speech.

If you have a stellar resume, or a graduate degree, your job interview will not be successful if you are too loud, or have any negative markers in your speech.

Here are the red flags.

Your voice goes up at the end of a normal sentence, making you sound as if you are asking a question. It sounds silly.

Last, but most important. Be discreet. If you are loud, your voice reflects badly on your upbringing, manners, and education.

How loud is too loud?

No one at the next table of a cafe should be able to hear your conversation. At work, no one past your cubicle should hear your voice. The word vulgar means common, and common is not a noble virtue. Yelling doesn’t make you stand out in a positive manner- it merely makes you look crass.

The group which seems most vulnerable to these speech markers are women in their twenties. Yes, you. I overheard two women at the gym a few days ago (from the other side of the gym.) One of them could not find a co-op job placement. Yikes, I thought. It must be her presentation- not her looks, not her clothes, but her: Your voice represents your personality, intelligence and character. Make it soft and shiny, not hard and unpleasant!

I promise that doors will open after you apply my techniques! Photo: Lindsay, NY restaurant . 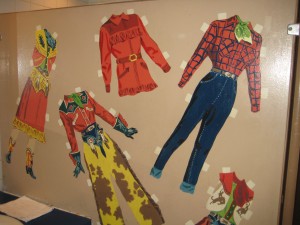