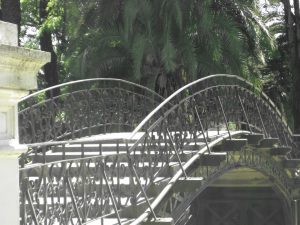 I have just written a proposal to the Oxford Dictionary committee that the word e (pronounced E) be created as a gender neutral third person singular pronoun. English would have he/ she / e / to describe trans-gendered people who do not identify strongly with either male or female traits.

I met a store clerk the other day who was wearing the same blue nail polish as I was. I had blue toes and he/she had blue fingernails. We had a very interesting conversation and when I left, I felt awkward realizing that there was no pronoun for him/ her.

Many trans-gendered people have ambiguous or unisex names such as Sam and Morgan which are neither masculine nor feminine to make their point. They do not want to be stereotyped or labelled and we clearly lack a pronoun to illustrate this concept. I played around with combinations of he and she to create a new word yet none of them conveyed a neutrality. English is heavily marked by male presence- for example the pronoun shecontains he. Mrs was once Mr’s – property of Mr Smith- small illustrations of the inclination of language to lean toward the masculine.

The innately sexist nature of language in France has caused some women to complain. In French, a noun switches from the feminine to masculine even if only one male is present. Currently, if there are a hundred women and a male enters the room, the group would be described using the masculine noun. The French government and language committee are struggling with this linguistic issue, backed by a group of women who perceive French as being innately sexist. The cultural committee has added words for female professors such as professeuse to accommodate women and overcome some linguistic bias, mais c’est complique. French has its roots in Latin and Greek, which created the foundation for masculine and feminine roots of words, which English lost along the way as we use the articles a, an and the instead of le or la which exist in Greek, Italian, French and Romance languages.

Languages change because societies change and language and culture are inseparable. We are in the midst of a social revolution – gender bending, the Me Too Movement, and many other variables are contributing to a volatile political environment which vocabulary will reflect. I send my greetings to the e’s among you, and hope that the Oxford Dictionary accepts my pronoun to officially include you in the English language.